The castle looks over a 400 acre valley rich in wild flowers, lakes and forests.

The monks work closely with students, lay staff and parents - welcoming all faiths.

GAS has a strong boarding tradition with 75% full-time boarders.

A wide rang of creative and sporting activities. Over 70% of students play an instrument.

The History of Glenstal Abbey School

The word ‘Glenstal’ means ‘The Glen of the Stallion’, and is an English rendering of the Irish Gleann Stail. The glen itself is a very impressive geological feature, consisting of a mile-long valley, formed during the last ice-age, rich in many kinds of wild flowers.

The race was over 100K, three laps of 33K of up and down terrain. The race was lively right from the start, however, no breakaway managed to stay away until a group of eight riders managed to get away from the bunch.

The leading group had a gap of 1min 45 sec to the peloton and 40sec to the chasers. Stefan who was in the main bunch 1min 45sec down suffered a front wheel problem but got back to the bunch quickly once fixed. The advantage of the chasers came down to about 15 seconds when in the third lap Stefan together with 3 others bridged over to them.

At this stage the leaders had an advantage of about 1.40 to the chasing group with the main bunch being close on their heels. Having two riders in the lead group and nobody showing the strength or interest to chase them down Stefan went on a solo chase to try to bridge over. He quickly established a gap over the chasing group and went into TT mode. 1min 35sec with 13-14km was a tall task. He caught the 4 renaming riders just at the 1Km marker. In the sprint finish he proved to be the strongest and won.

Super result by Stefan and we are looking forward to him in the Nationals in three weeks!

I was fortunate enough to compete at the Irish National Senior Athletics in the eight hundred meters on the last weekend of the summer at the Morton Stadium in Dublin.

Sixty senior athletes were entered from the age of 17 to 32 and yours truly was the youngest athlete to part take.

On the Saturday I had the heats where there were 15 athletes per heat and the top 2 qualified for the final. I was lucky enough to qualify for the final in a time of 1minute 55 seconds which gave me a new personal best time.

When it came to the final on the Sunday I was prepared to run as hard as possible and I was optimistic for a decent place.

In the end, I ran good race but the body got tired towards the last 100 meters of the race. But I was happy with my time.

It was a great experience at the nationals even without the spectators.

I shall be competing again at the Junior National Championships this coming Saturday.

We were absolutely delighted to welcome back the Glenstal Abbey Students for the start of the new term and the new Academic Year.

A very warm welcome to the new boys among us.

After all those months away it was in many ways just like old times. Except of course for the new social distancing and hygiene arrangements. There is no doubt that they will take some getting used to but there is a tremendous amount of good will on everyone's part to make this work and together we will all adapt to these new arrangements.

Next, we are looking forward to welcoming the First Years who will start here formally on Wednesday morning with a day's Information and Induction.

There are some photos of this morning in the photos section.

The countdown to re-opening is on. Already, twenty students from overseas are in Glenstal, spending their 14 days of restricted movements in the school before the official reopening on Sunday. Teachers and Housemasters are back at work already. They gathered on Thursday 27th August for the first day of the annual two-day School Forum. It was a lot different this year, with staff spread out around the atrium, observing social distancing. The focus of the day was the return to school after the Covid-19 closure, training on the new routines and procedures necessary to keep everyone safe, and refresher training on staff and student wellbeing and safeguarding. The preparation continues with a second day of meetings on Friday.

Slowly but surely, we are getting ready to welcome back our students. Day-boarders have an opportunity to drop off books on Friday and Saturday, 2nd to 6th Year boarders will return on Sunday afternoon and evening with day-boarders arriving on time for classes on Monday morning. We are particularly looking forward to welcoming our newest students, the 1st Years, who will arrive on Tuesday evening and Wednesday morning. 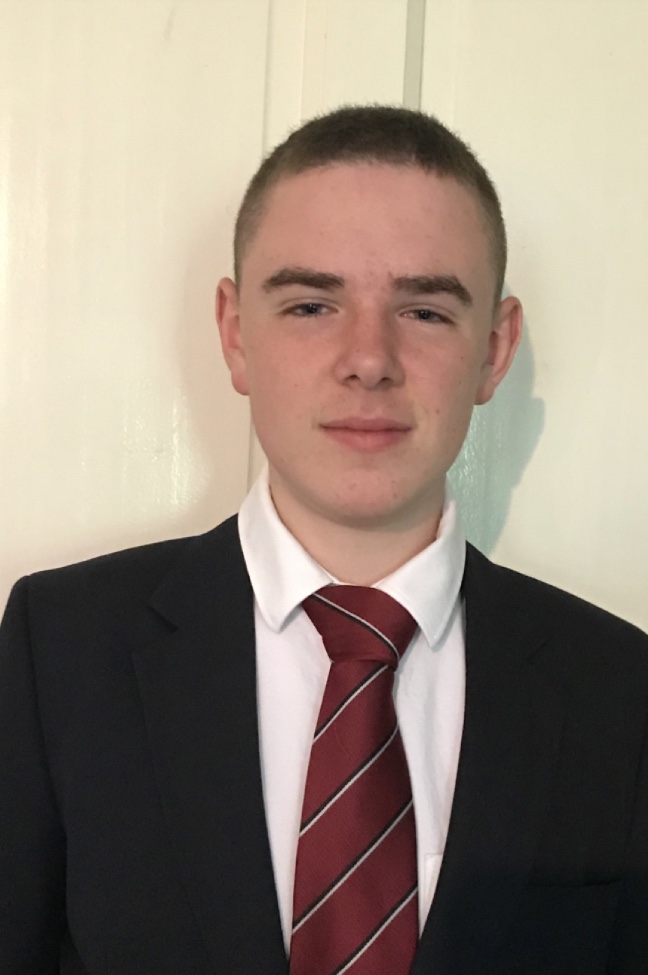 Congratulations to George O’Leary, who is this year's Winner of the Young Economist of the Year 2020 Competition ( TY Category).  His project entitled ‘When China Sneezes; Ireland Catches a Cold’, examined government policy in relation to Irish company’s trade with China and the repercussions following the outbreak of Covid19 initially in China. George’s inspiration for this project came as a result of a trip to China during TY.

While in China, George saw the level of production in full flight before Covid19 and read about the many Irish companies that had begun trading with China in recent years. He knew he wanted to investigate this further on his return and the Young Economist of the Year Competition gave him the opportunity to do this. George said ‘I was able to highlight some anomalies in terms of overly positive recommendations to Irish businesses being encouraged to trade with China. My project grew legs once Covid19 took hold as all my predictions and reservations came to fruition. It was a very exciting project to do and I thoroughly enjoyed doing it.’ George would like to thank his economics teacherMs Mairead O’Sullivan for all the support and direction she gave him with his winning project.

From thousands of entries that culminated in hundreds of finalists, students all gathered online on Friday 19th June to witness the virtual ceremony viewed in homes around the country. Glenstal Abbey School was proud to have 22 students in total competing in the Young Economist of the Year Final 2020 and are very proud to have George’s achievement in the Senior Category as well as a Junior team who were placed third in the Junior Category with their project. Four other teams won gold and silver medals.

Glenstal were among the Junior Prize Winners with a Trophy for third place:  William Waller, Callum Hughes, Edward Franklin and Aedan O’Kelly (Team Captain). Their team project was an investigation into the factors affecting the Irish economy of inward tourism into Ireland in 2020.

Glenstal Abbey School had another Gold medal team among the winners, with their project entitled  “A Farmer's Life for me? - An investigation into the economic consequences for young people who opt for a life in agriculture rather than other professional pursuits. The team was captained by Tommy McNamara  and included Alex Courtney, Olivier Hilaire, Fionn Stack and Oliver Springett

There were three silver medal winning teams in total from Glenstal Abbey School at the Final. These included a project investigating the effects of Ireland’s imports and exports on the Irish Economy. This team comprised Colum Hanly, Paul O’Kane( captain), Anselme Callens and Christian Kinahan

Glenstal are no strangers to the Young Economist of the Year Competition as last year two TY students Cillian O’Sullivan and Laurence Tuohy travelled to St Petersburg to compete in the International Economics Olympiad representing Ireland and Glenstal at the prestigious event.

Congratulations to George and to all the Glenstal representatives who did us proud at this year's Young Economist of the Year Competition.

Finally, none of this would be possible without the support of Ms. Mairead O'Sulliven, Head of the Business Department in Glenstal and all the teachers of Business throughout the school. We owe them a huge debt of gratitude for their encouragement and inspiration.

Congratulations to all recipients and indeed to all the Students of Glenstal Abbey School.

Read More about Prizegiving Awards
There are no events to display